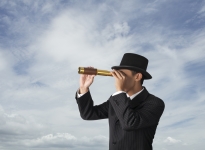 With HM Revenue & Customs (HMRC) gaining more information than ever through the Common Reporting Standard (CRS), their knowledge of offshore income, gains and assets is at its highest.  The impact on the taxpayer can be significant.

Challenges are being raised.

Surely the Challenge is an Enquiry?

Yes it is but it has more substance than an enquiry of old.

An old enquiry letter never opened with a statement like:

“I have information that shows that you received substantial income, in the region of £50,000 to £100,000, from outside the UK mainland which you have not notified HMRC about.”

The challenge is unequivocal; HMRC has information, the taxpayer has not notified HMRC of the income.

The inference being dispute HMRC’s position at your peril.

What Offshore Information do HMRC have?

Data, and lots of it.

Obtained over the last two years, HMRC has received a tsunami of data from offshore via the CRS initiative.

The data is good quality, the providers endeavouring to get it right.

However, mistakes can clearly be made.  An extra 0, a mis-spelt name, an incorrect address can all result in an incorrect challenge.

Ignoring it won’t make it go away.

What do HMRC Seek?

The following is an example of what HMRC are seeking:

All is a common feature of HMRC’s requirements.

What can I do?

Ignoring HMRC is always an option, but not realistically a smart one.

If HMRC are wrong they should be taken to task.  But remember, HMRC have what they consider to be good quality evidence, it will need to be neutralised with the same quality evidence in return not speculation, conjecture or supposition.

Take advice from a professional adviser, ideally one skilled in the art of dealing with intrusive HMRC challenges.

Above all don’t panic.

The journey may be bumpy and may involve an unplanned for tax bill, but, positive engagement invariably yields lower stress and potentially cost.